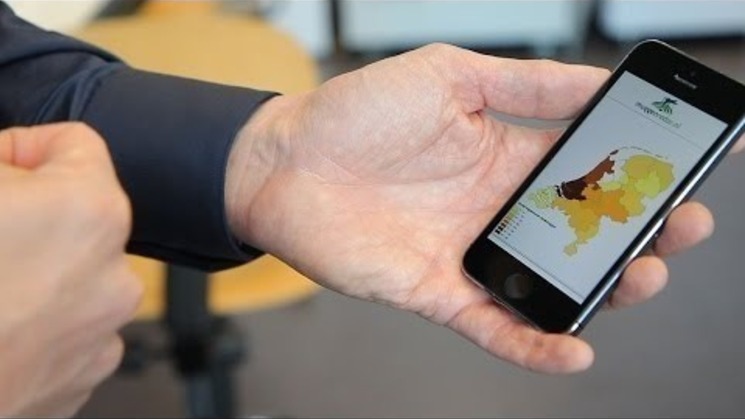 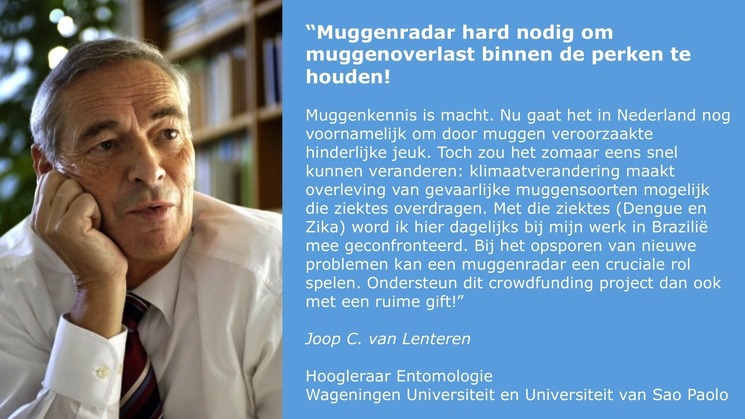 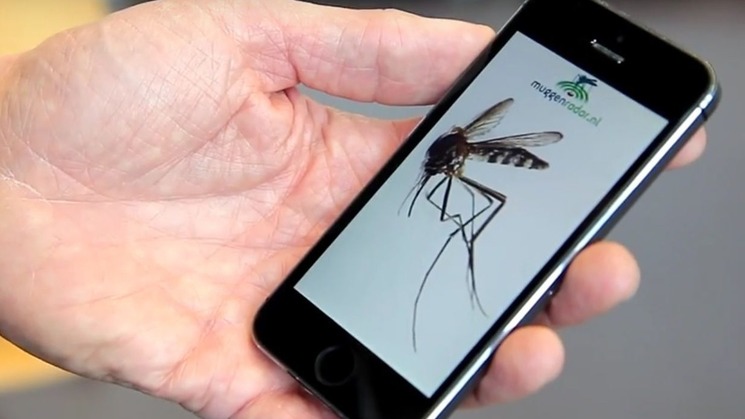 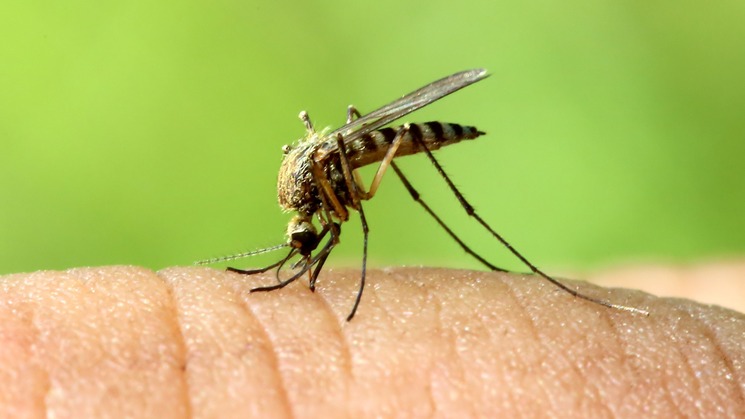 Mosquitoes... Sleepless nights... Itchy bites. But how much nuisance are these mosquitoes actually causing? Where do we find most nuisance? And can this change in the future as a result of climate change? Questions for which we can only get answers by asking the general public to report mosquitoes and their nuisance. We would like to make this possible via the development of an informative and interactive Muggenradar (Mosquito radar) app. Will you join our project?

The Muggenradar app would make it possible to report mosquitoes and their nuisance very simply via your smartphone. For example, you could offer pictures for identification of your nightly, bloodsucking guest. We link these observations to a map, as well as to data on weather and the landscape. In this way, we will be able to predict mosquito nuisance and offer you a ‘mosquito weather’, so that you know when to be on your guard!

Mosquitoes not only cause nuisance, but can also be involved in the transmission of diseases. Although that is not the case in The Netherlands, we, Sander Koenraadt and Arnold van Vliet, are concerned that this could change in the future as a result of climate change or changes in the use of our landscape (e.g. the establishment of wet areas near human habitation). Also in the public debate, it is clear that people are worried at times about the invasion of exotic mosquitoes and potential outbreaks of tropical diseases. Therefore, next to the ‘mosquito weather prediction’, the data collected via the Muggenradar app will be highly relevant to understand what factors are most important in nuisance and potential risks for transmission of diseases.

In 2014, we launched a simple web-based version of Muggenradar. For two weeks in a row, people could catch (or smash!) mosquitoes and send them to us in Wageningen for identification. Thousands of people participated in this event, but we would now like to make the next step with the development of an easy-to-use, but powerful Muggenradar app. In that way, we could, for example measure mosquito nuisance year-round instead of two weeks per year as we do now. Also, it will make it possible to provide real-time and more personalized feedback.