The continuous release of ammonia and nitrogen oxides by industry, traffic and livestock sectors have led to the problem we are facing today: the nitrogen crisis. There is a major excess of nitrogen in the Netherlands, which has disastrous consequences for nature and human health. The beautiful heather fields are disappearing as the soil becomes too rich with nutrients. Already 118 out of 162 Dutch protected nature areas suffer from critically high nitrogen levels. The soil is acidifying, which is not only detrimental for plants but also for animals. Due to demineralization of the soil caused by the acidification, there is a lack of essential micronutrients, such as calcium, in the food chain. This has even led to birds being born with broken legs. As a result of the nitrogen excess, the biodiversity and natural capital of the Netherlands is severely decreasing.

In an attempt to freeze the emissions of nitrogen, permits for construction projects have been suspended, the highway speed limit was reduced from 130 km/h to 100 km/h and there are calls to reduce the amount of livestock by 50%. A vast segment of ammonia emissions can be attributed to livestock, with cattle being the largest producer. Besides ammonia, cattle are a source of methane. Methane can absorb the sun’s heat, warming the atmosphere, and is therefore considered a potent greenhouse gas. Methane and ammonia gasses are released by cattle through rumination and their manure. Our project, Cattlelyst, in collaboration with Wageningen University, aims to reduce the ecological footprint of the cattle industry with a new approach.

Cattlelyst is an innovative bio-filtration system that removes both ammonia and methane from the air in cattle stalls. It relies on synthetically optimized bacteria, engineered to live off the released ammonia and methane and convert the gases into harmless forms. By engineering the bacteria, we want to increase the efficiency of the gas conversions, thereby increasing the applicability of the system. Additionally, we designed a multi-layered safety system, which will prevent survival of the bacteria if they escape the biofilter. Thanks to these features, we aim to provide a biological, animal friendly and biosecure solution to the negative impact the livestock has on our ecosystem.

Behind Cattlelyst, there is a team of 10 motivated Dutch and international students from Wageningen University & Research (WUR), who are ambitious to help solve current problems by applying synthetic biology. With our project we are participating in the yearly International Genetically Engineered Machine (iGEM) competition, a world-wide synthetic biology competition in which over 350 student teams compete and collaborate to tackle real-world problems by designing, building and testing their own research projects. The competition builds up to the ‘Giant Jamboree’ due to be held in Paris in the fall, where all the iGEM teams will come together, present their projects and celebrate their achievements.

The coming months we will be carrying out our research in the laboratories provided by the chair groups Microbiology and Systems & Synthetic Biology at WUR. However, we need financial support to buy the required materials for our experiments and to pay the fees for participating in this competition. By contributing to our project, you can help us alleviating the impact that the cattle industry has on the local and global environment!

For any further questions, feel free to contact us via:

By now you hopefully have an idea what our project is about, but who are the people working on Cattelyst?

Our journey already started in December 2019, when the first meeting took place and we were introduced to iGEM. The first few weeks entailed a lot of meeting and brainstorming with each other to come up with project ideas, which in the end became Cattelyst. Little did we know we were about to experience the COVID-19 pandemic that would make everything more difficult. We could not start working in the lab due to the restrictions. Therefore, we decided to put our project on hold and continue with our normal study curriculum.

After almost a yearlong break, we have been up and running for a few months now! We have been designing our project into detail, have been modelling various aspects and have been talking to various stakeholders to gain as much insights as possible. Each of us have their own subproject within the overall project to get Cattlelyst working. Luckily, we do not have to do this alone, as we have a great team of supervisors from the laboratories of Microbiology and Systems & Synthetic biology to help us with everything.

At the moment, we are very busy in the lab to turn our ideas into reality. We are cloning genetic constructs, purifying DNA, making gels, growing bacteria and analysing the first data. Besides the scientific work, we are busy building and designing our wiki, getting funding and creating awareness about our project.

In October, the Giant Jamboree will take place where we get to meet all the other iGEM teams from all over the world and present our project. We will be up against more than 350 other teams, which means we have a lot of competition. Over the past few years, the Wageningen teams have performed exceptionally well, taking second place three times. We hope we will be able to uphold this reputation this year or even exceed it!

Thank you for your donation! We will send you our monthly newsletter to keep you up to date on our project

Thank you for your donation! We will send you our monthly newsletter and our own designed postcard.

Thank you for your donation! As a reward, we will give you our own digital Cattlelyst Cluedo game. Of course, you will also receive the previous rewards.

Thank you for your donation! As a reward, we will send you our Cattlelyst mini giftbox and of course the previous rewards.

Thank you for your donation! As a reward, we will send you our Cattlelyst deluxe giftbox and of course the previous rewards.

Thank you for your donation! We will invite you for a presentation to explain our project in more detail. Of course, you will also receive the previous rewards.

Q&A with the team

Thank you for your donation! We will invite you for a presentation about our project and Q&A with our team. Of course, you will also receive the previous rewards.

Thank you for your donation! You will get a reward of your choosing, in discussion with us. Of course you will also receive the previous rewards. 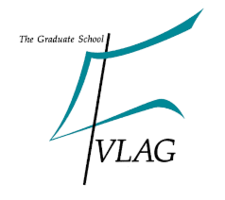